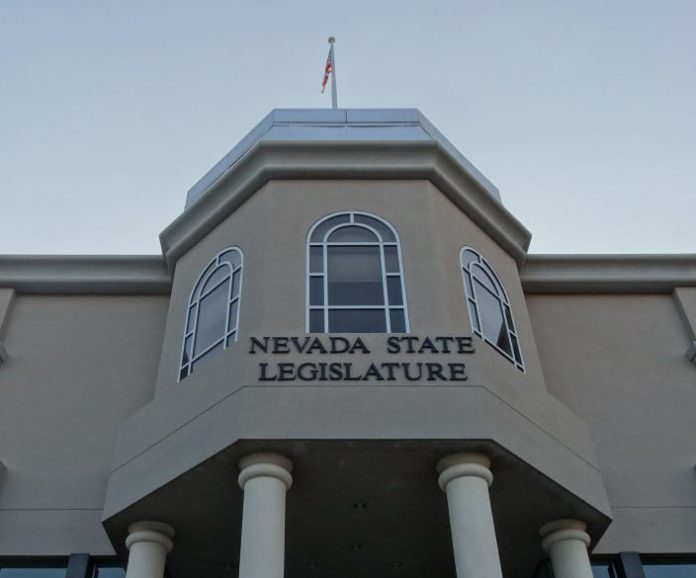 Lawmakers scrambled this week to get their bill proposals in by last Monday’s deadline, and the Nevada Forward has been culling through the bills that have been posted to NELIS – the legislature’s bill tracking system.

Here are highlights from the bills that have caught our eye this week.

AB277
Teacher Pay Raises
Assemblyman Ozzie Fumo is the lead primary sponsor on the bill that Governor Steve Sisolak promised in his State of the State: pay raises for teachers. It provides for better recruitment of teachers, and it requires school districts to actually have the money on hands for the raises. Considering that both Washoe and Clark County schools have recently been underwater, that may be the most interesting part of the bill. Question: Where will the money come from?

AB291
Bump Stocks
Assemblywoman Sandra Jauregui was at the Route 91 Harvest Festival on October 1, 2017 when the shooting began. So it is fitting that she is sponsoring the bill to ban bump stocks – or any other device that effectively turns a semi-automatic weapon into an automatic weapon. The Senate version of this bill is being carried by Yvanna Cancela.

AB345
Same Day Registration
There are now two bills on same day voter registration. This is being sponsored by Assembly Speaker Jason Frierson. This proposal would allow people to register to vote at any time during early voting, but it would not allow registration the final voting day. That was because of the concerns of every state registrar and people from the Secretary of State’s Office that implement elections. They say that with our bottom up, county by county system, it would be impossible to register and verify last day voters without massive hiring. Frierson’s bill would also allow 17-year-olds to register to vote in a primary – providing they are 18 by voting day.

AB295 and AB350
Sex Ed and NSHE Reorganization
Assemblywoman Shannon Bilbray-Axelrod is throwing down the gauntlet to education this week. AB295 would establish an “opt out” system for teaching sex education in the state. This means that students would learn sex ed curriculum unless their parents specifically opted them out of the class. AB295 would also mandate the teaching of sexuality.
AB350, meanwhile, would replace the Chancellor of the Nevada System of Higher Education with an Administrative Services Office.
And that’s not the only assault the legislature is making on NSHE. The Senate this week also took up AJR5 from 2017 – which puts the governance of colleges and universities under the control of the legislature – not NSHE. The measure – sponsored by then Assemblyman Elliot Anderson, passed in 2017. Constitutional changes sought by lawmakers require two votes of the legislature.

AB331
Outdoor Rec
Assemblyman Steve Yeager’s bill would fund the Office of Outdoor Recreation. There is, as of this writing, no bill establishing the office yet. But it is a high priority for environmentalists in Nevada.

SB244
Domestic Violence Stay Away Orders
A number of bills are getting tougher on domestic violence, including this one by Senate Majority Leader Nicole Cannizzaro. This would impose a criminal penalty for violating a court stay-away order.

SB251
Golf Course Community Zoning
Senator Joyce Woodhouse – who represents more than a few golf course communities in Henderson – is weighing in on converting golf courses for other uses. This is also an issue in the City of Las Vegas (not Woodhouse’s district), with the rezoning of the Queensridge Golf Course.

Abortion
In addition, Cancela’s SB179 would decriminalize statutes surrounding abortion – many of which have not been enforced in decades. Cancela has changed her original scope of the bill – leaving in, for instance, parental notification provisions in the law. Those notifications were ruled unconstitutional by a federal court in 1991. The pro-choice group, NARAL, is pushing hard for the bill. The bill had a hearing last week. We’ll talk to Cancela about the bill as it moves forward.