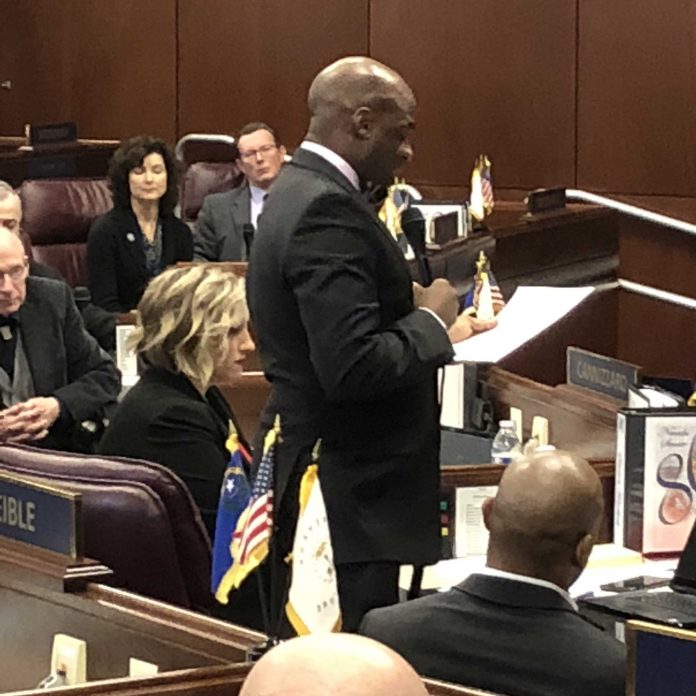 Senator Kelvin Atkinson announced his resignation on the floor of the Nevada Senate today after being implicated in a federal investigation of misappropriating hundreds of thousands of dollars in campaign funds.

Atkinson, started his resignation speech by admitting that he has will be pleading guilty,and “Due to mistakes I have made, I will be vacating my seat immediately.

“I take full responsibility for my actions and cannot express the depth of my remorse… I have no one to blame but myself in this situation.” (Watch his speech below.)

The Nevada Independent reports that the investigation is related to a similar investigation into former Las Vegas City Councilman Ricky Barlow, who resigned in 2017.

Atkinson has been in the Senate since 2012, and served as Deputy Majority Leader in 2017, when now Attorney General Aaron Ford led the Senate. He assumed the leadership post last month. He was the first black and out gay man to hold the post of Majority Leader.

Senator Nicolel Cannizzaro will be stepping into the leadership post vacated by Atkinson. The Clark County Commission will appoint a successor from District 4, which encompasses much of North Las Vegas.