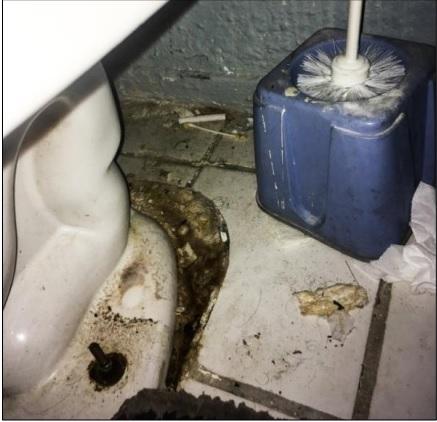 In February of 2016, the Reno Gazette Journal published a riveting series by their then government watchdog correspondent Anjeanette Damon. The series, detailing deplorable conditions in group homes for the mentally ill, caught the eyes of legislators, who passed a law in 2017 requiring better oversight of the program, which was under the Department of Health and Human Services.

By the end of 2017, a legislative audit of the Community-Based Living Arrangements (CBLA) program showed that nothing had been done to improve the homes. The heart of the RGJ’s series, as Assemblywoman Lesley Cohen pointed out in front of the Assembly Health and Human Services Committee on Friday, were photos: photos and descriptions of filthy floors and bathrooms, broken tiles, fraying electrical outlets, bug-ridden beds, and other unsafe conditions.

This got some lawmakers mad, as I reported last January, and they vowed to crack down.

Last week the Assembly Health and Human Services Committee took up one of the bills, AB131, that essentially throws out the old, rather vague statute covering group homes and replaces it with a whole host of regulations – including that every group home provider be licensed, moving the responsibility for the homes to other departments, and requiring that all employees follow state rules.

“During the interim, we were concerned because we learned that certain nonlicensed out of state internet employment agencies are actively placing personal care aids in residential homes in Nevada and not complying with all of our state requirements,” said Cohen.

This bill fixes that. And about 13 other issues.

“This is jam-packed bill,” said Cohen, as she presented it to the committee on Friday.

Julie Kotchevar, who was appointed last year as the administrator of the Division of Public and Behavioral Health, promised more transparency for the program, and promised lawmakers, “We feel this is very important to us to regulate those homes properly and make sure what happened never ever happens again.”

But let’s be clear about this. That transparency would not have happened had a reporter and editors not taken the time to visit the homes, and take the pictures and talk to the people affected. Good journalism makes a difference. In this case, it may actually not only to highlight the problem, but to help make sure it’s solved.