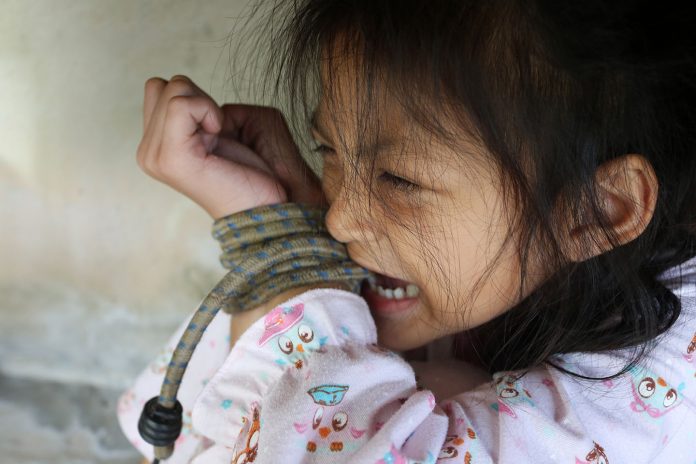 Last week, the country’s attention was riveted for about half a day by the arrest of New England Patriot’s owner Robert Kraft on charges of solicitation of prostitution. What made the news more salacious is that Kraft was picked up on video having sex in a place that was the subject of a human trafficking sting conducted by authorities in Florida and New York.

This past November, The Miami Herald ran a remarkable series detailing multimillionaire political power broker Jeffrey Epstein’s “large, cult-like network of underage girls,” in his home and in his office.

And coming on the heels of Kraft’s arrest, the singer R Kelly – who had been the subject for close to 20 years of numerous news articles and one trial for having sex with underage girls – was indicted on 10 charges of aggravated child sexual abuse. This came after the documentary, Surviving R Kelly, was released in January.

This all makes people who are fighting against sex trafficking very happy.

And the trend is showing up in Nevada where, just a month into the legislative session, 15 bills have so far been introduced to curtail trafficking or sexual assault.

“Sex trafficking is a problem and it’s a… huge problem in Nevada,” said Assemblywoman Lisa Krasner. “The common age for a child to be recruited into sex trafficking is 14 years old – clearly too naïve to give consent.”

“My bill will include if a pimp is offering to someone to have sex with a child for something else of value – say a stereo – then that would be against the law,” Krasner said. “It’s hard to believe it’s currently not.”

Krasner’s bill also doubles down on the idea that not knowing a child’s age is not a defense if one purchases sex from a minor.

Assemblywoman Jill Tolles is also focusing her attention on the “johns” who solicit underage people for sex.

In 2017, Tolles, who represents District 25 in suburban Washoe County, brought AB260, which strengthens penalties against people who solicit sex illegally – that is, anywhere in Nevada except a legal brothel. The bill passed and was approved by then Governor Brian Sandoval, but is still going through what Tolles calls “technical fixes.” She expects it to be implemented soon.

This year, she is sponsoring AB166, which punishes people and business entities for running an illegal house of prostitution.

Tolles realized the bill was needed after meeting with Metro on a recent trip to Las Vegas.

She said she learned of a raid Metro had made on a business that was listed as a Certified Public Accountant. When the cops got there, “there was no computer equipment, but there were eight beds lined up and 11 Asian women hiding in the storeroom,” said Tolles.

But, she said, there was no statute under which the trafficker and pimp could be charged. AB166 will provide that statute.

Tolles saw first-hand how illegal prostitution works in the Reno area, when she did a ride along a few years ago with Reno police. She said she was astounded by how many and how fast the men came to solicit sex – and how they came from all walks of life.

“This is absolutely, 100 percent in my backyard and in my community, and impacting victims in our communities, in our schools,” said Tolles, who gave a TED Talk in 2016 about her experiences of sexual assault and grooming as a child.

Tolles said her strategy for fighting trafficking is three pronged – first focus on the trafficker, then focus on helping the victims, then “go after the buyer.”

She said the state has “done a good job of increasing penalties” against traffickers.

The state Attorney General’s office, set up a resource directory, funding and referrals, back when Catherine Cortez Masto had the job.

This session, Tolles is also focusing on helping to increase the odds of success for trafficking victims to be able to move on.

Tolles is teaming with newly installed State Treasurer Zach Conine to establish a database to match peoples’ needs to the services and funding that are out there.

Non-profits, like Safe Nest in Las Vegas, provide services in the immediate aftermath of a victim coming to them. That includes a place to live – even with children and pets. But after two years, Tolles said, they’re on the own.

“If, at the end of two years, they’re only qualified to bag groceries, then they’re not going to be financially stable,” said Tolles. With AB216, she said, “we can disrupt that cycle.”

The Assembly sponsors of most of the trafficking bills brought so far are Republicans – including Tolles and Krasner, who represents District 26 around Lake Tahoe. But their bills also have a host of Democratic sponsors or co-sponsors.

Assemblyman John Hambrick’s two bills (AB 157 and AB158) have largely Republican co-sponsors. They deal with increasing reporting and victims services, and instituting lighter punishment when underage trafficking victims themselves commit crimes. Hambrick, from District 2 encompassing South Summerlin, said in a voicemail that eliminating trafficking – which he called a “scourge… has been a primary interest of mine since my first session in 2009.” Hambrick will be termed out at the end of the 2019 session.

Senator James Ohrenschall, a Democrat who represents District 21 in mostly rural Clark County, also has a bill, SB173, which will vacate the criminal judgments against victims of sex trafficking – judgments like solicitation.

And there are two bills in the Judiciary Committee that address trafficking – SB7, SB9.

Five other bills have been introduced strengthening laws surrounding sexual assault. The most interesting of those is AB218 – a bill co-sponsored by Senators Nicole Cannizzaro (District 6 around Summerlin) and Patricia Spearman (District 1 North Las Vegas). The bill increases penalties for domestic violence. What is notable about this bill is it calls for greater penalties on someone arrested for domestic violence if “the person has previously been convicted of a battery with the use of a deadly weapon against a person who would otherwise qualify as a victim of domestic violence.”

In other words, Cannizzaro and Spearman are looking at domestic violence as a pattern. We’ll follow that in a later story.