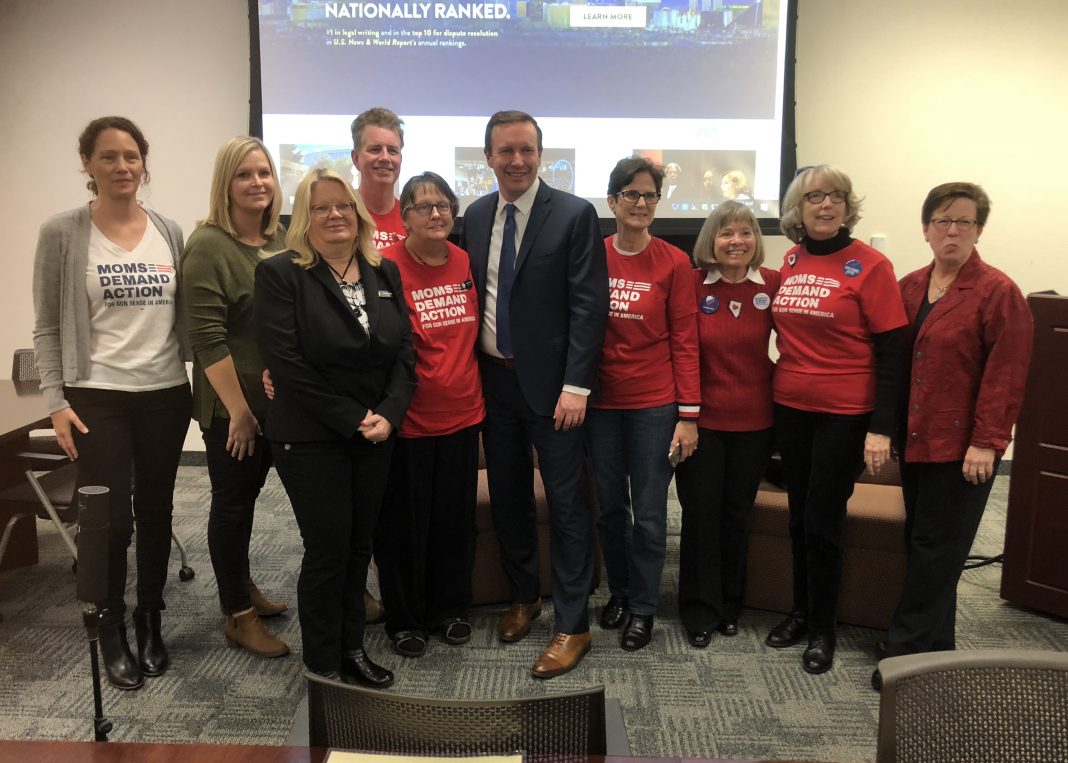 Connecticut Senator Chris Murphy today addressed the practical issues of gun violence prevention at the same time that Nevada lawmakers were debating the background check bill on the floor of the Assembly.

The bill, SB143, passed the Assembly and was signed this afternoon by Governor Sisolak.

Murphy, who was making an appearance at UNLV’s Boyd School of Law, brought some numbers with him.

Murphy said he was seeing “more red shirts,” when he went to rallies, referring to the Moms Demand Action coalition with its ubiquitous white on red t-shirts.

But, he noted, that while the tide was changing, there was still a lot of work to do.

The Justice Department in December banned the use of bump stocks on semi-automatic weapons that effectively turned them into automatic weapons. Bump stocks were used by the Las Vegas shooter at the Route 91 Harvest Festival massacre.

Murphy said his Republican colleagues were going to be stymied politically “if they don’t moderate on this issue.”

“I really don’t think that Republicans are ever going to be in charge of the U.S. House of Representatives again if they don’t get right with guns,” Murphy told me in an interview after the Boyd event.

“The number two issue for anybody that was voting for Democrats in the 2018 election was issue of gun violence, and here in this state, increasingly, I think it’s hard to get elected statewide if people perceive you to be in the pocket of the gun lobby, especially after the horrific incident here in Las Vegas.”

Murphy started out his talk congratulating Nevada on “getting done what you thought you had gotten done a few years ago” when the state passed the background check law. That law was not implemented because it mandated that the FBI do the background check.

You can listen to my full interview with Murphy here: