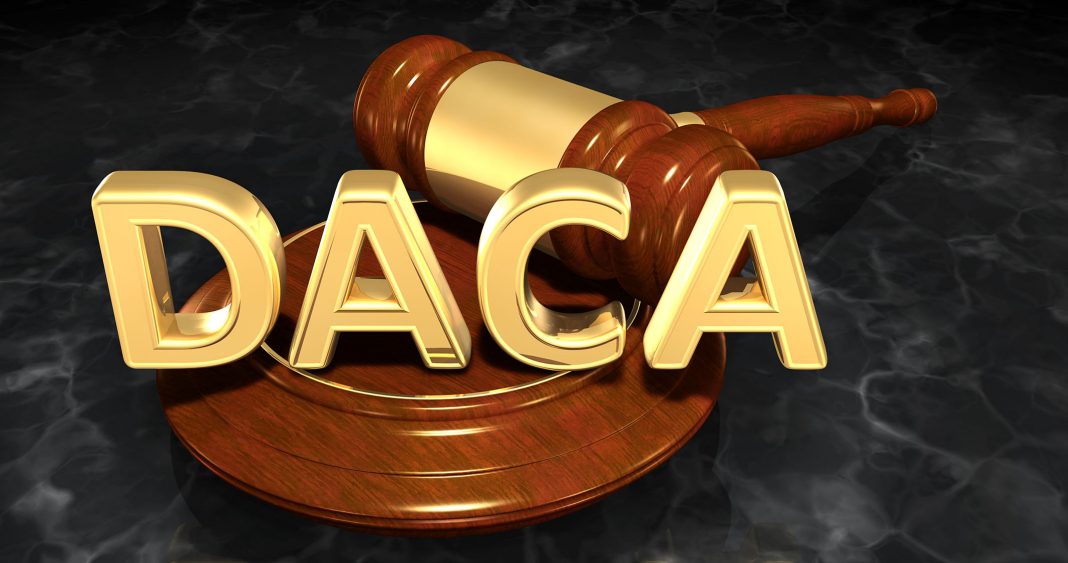 As the federal government shutdown entered its second month, President Trump took to the airwaves last weekend to offer what seemed like a common-sense compromise: give him $5.7 billion for wall funding and he would extend both DACA (Deferred Action for Childhood Arrivals) and TPS (Temporary Protected Status).

But DACA is already protected by multiple decisions from U.S. District Courts, which have blocked the Trump Administration from rescinding protection for people who came to this country as children – often referred to as Dreamers.

DACA was implemented via executive order by President Obama in 2012, after the Republican controlled Congress refused to pass the Dream Act.

This week, the Supreme Court decided to not hear three of the many cases that are making their way through the appellate courts, leaving the matter to be decided till 2020 – if at all by the Court.

Attorney Mark Rosenbaum, one of the lawyers involved in the cases that SCOTUS declined to hear, thinks the Court was signaling to the political branches that they need to act – either with the passing of the Dream Act, or with comprehensive immigration reform.

It’s significant that Trump did not offer last weekend to pass the Dream Act – which would give permanent status and a path to citizenship to the people now temporarily covered under DACA. He instead offered the Bridge Act, which would only protect DACA recipients for three years.

Temporary Protected Status – which allows refugees from countries affected by war or natural disaster to live and work in the U.S. – is also moving through the courts, though the Supreme Court has not yet agreed to hear any cases related to TPS. Currently, though, people in the U.S. under TPS are allowed to stay.

Democrats have also pointed out that both DACA and TPS were safe until Trump tried to rescind them. They have referred to both of those decisions and the government shutdown as “hostage taking” and have refused to trade one set of hostages for another.

Rosenbaum agreed, pointing out that three years was a far cry from the protection in Obama’s original DACA order.

“The courts have enjoined the president’s attempts to terminate DACA and TPS, so when he says ‘I’ll give you three years,’ what he’s saying is, ‘I acted illegally in rescinding both these programs, and now I’m going to take advantage of that by using my illegal act as a political card here, and I’m still not going to give back what DACA recipients and TPS had in the first place.”

As the Senate considered two competing bills – both of which are expected to fail on Thursday – the president’s offer got more scrutiny, with Democrats asserting that what Trump said in his televised speech last weekend was not quite what is in the bill that was presented to the Senate.

NPR took a closer look at Trump’s proposal and found that it contains fundamental changes to the asylum system – changes which the president did not talk about in his speech to the nation.

According to the NPR piece:

…the president did not mention that the proposal would in fact require migrant children to apply from their home countries, and prevent them from applying in person at the border. In addition, only migrant children with a “qualified” parent in the U.S. would be permitted to apply for asylum — a sharp break from current asylum policy.

“This historic change in asylum law would categorically block tens of thousands of children from ever applying for asylum,” said Greg Chen, government relations director at the American Immigration Lawyers Association.

Similarly, the Trump proposal would change DACA, so that it applied to far fewer people.

The proposal “does not extend DACA,” wrote David Bier, an immigration analyst at the Cato Institute, so much as replace it with “a totally different program that will exclude untold thousands of Dreamers who would have been eligible under DACA.”

South Dakota Republican Senator Mike Rounds told NPR’s All Things Considered on Wednesday that the “poison pill” aspect of the bill was unintentional.

I guess we had never looked at it that way before, and it’s really the first time that I’ve heard it approached that way. What we really thought we were trying to do on this was to provide at least an avenue in which those individuals knew there was a continuation of being able to seek asylum. But more than that, it was a first step on behalf of the president to come off of what had been his position of simply saying, ‘I want you to fund my border wall.’ I give leader McConnell a lot of credit for actually getting the president to come off and actually making the first move in this negotiation. Doesn’t mean it’s perfect, but it was a step forward.

The expectation was that the speaker would then respond with an appropriate message, coming off of her hard position of ‘you get nothing.’ So far, that hasn’t occurred.

Rounds added that he’s hopeful Speaker Pelosi will “take even a small step forward” in order to break the impasse, so that the details can be worked out in committee. “We came to Washington to fix things,” Rounds told Audie Cornish.

According to the reporting done by Damien Paletta and Josh Dawsey, Trump “creates – or threatens to create – a calamity, and then insists he will address the problem only if his adversary capitulates to a separate demand.”

The story quotes Schumer: “It’s sort of like bartering with stolen goods.”

China’s deputy trade negotiator, Wang Shouwen, was even more blunt at a news conference in September: “How could you negotiate with someone when he puts a knife on your neck?”

That, according to Paletta and Dawsey, is what Trump is doing with the shutdown:

Trump’s strategy of using such a large segment of the U.S. workforce as leverage has never before been used on such a scale. Presidents typically rely on the federal workforce to keep the government open, seeking to protect them from partisan fights. But Trump has told advisers he thinks the shutdown gives him the leverage he needs to force the appropriation of money to build a wall along the U.S.-Mexico border. He thinks Democrats will back down before he is forced to.

Trump has modified many of the trade stances in which he used this tactic – signing a new NAFTA treaty, for instance, with Canada and Mexico. The question is, how far will he go – and how much will government workers suffer – until he finds a way to come to an agreement that will satisfy him?

Legislators Poised to Vote This Week on Background Check Bill

Sandoval’s Vetoed Bills Were Not Overridden by the 2019 Legislature. What Now?