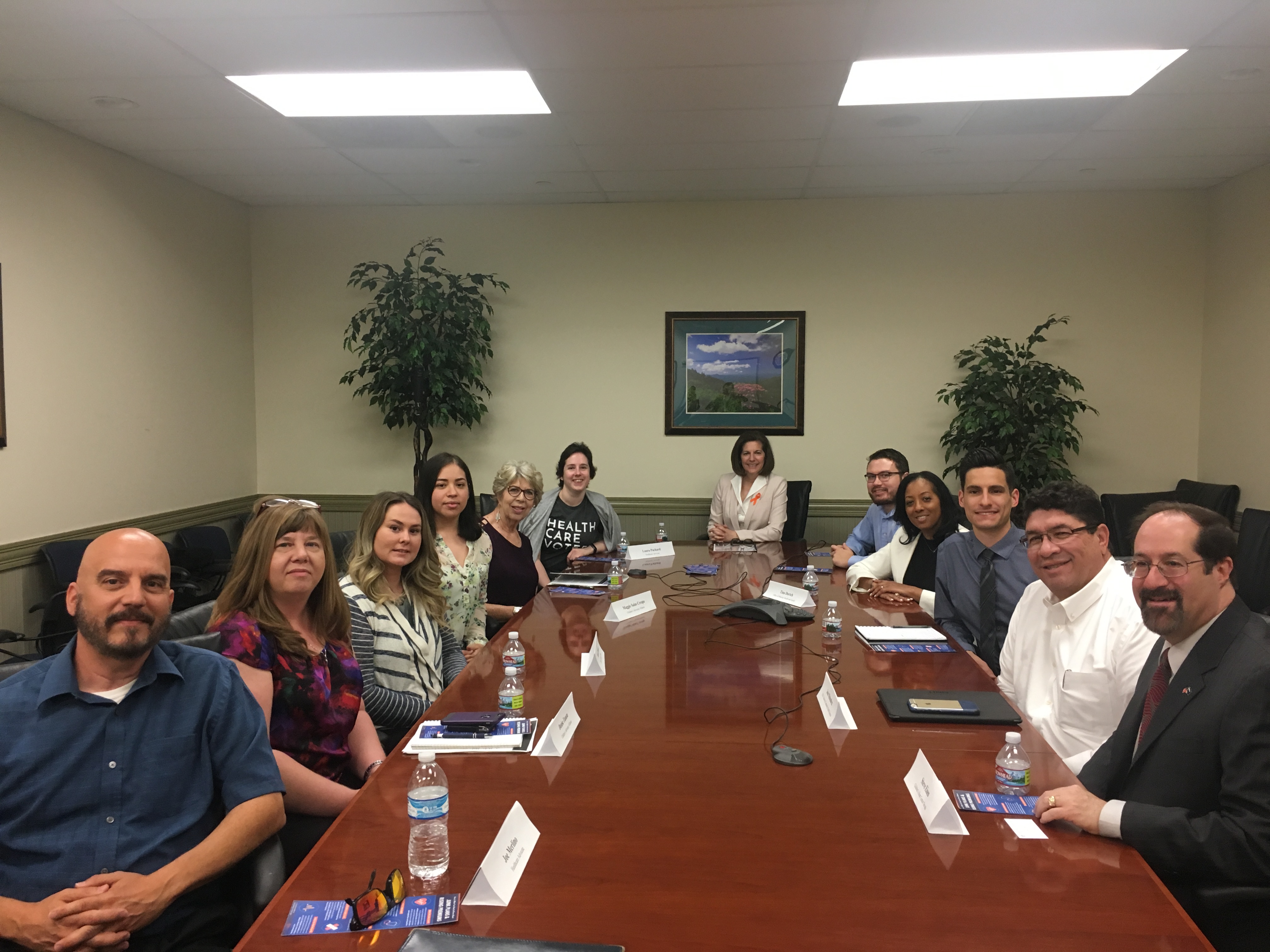 Last Friday, May 25th, Senator Catherine Cortez Masto held a roundtable meeting with Health Care Advocates and Organizations to discuss the latest developments surrounding health care policy at the federal level. The topic of the day was “junk plans”, or health insurance plans designed to provide bare-bones coverage at a low rate. Previously, thanks to the Affordable Care Act (ACA), such plans were phased out in favor of more robust, comprehensive plans which cover pre-existing conditions, prescription drugs, and maternity care. However, the Trump administration has rolled back consumer protection provisions under the ACA which outlawed these plans, allowing them to flood the market once again.
Laura Packard, a cancer survivor and health care policy advocate, was in attendance. She explained that she once relied on “junk plans”. As a small business owner, she explained, it’s often tempting to purchase these plans because of their low cost. It’s only when the insured seeks medical care, perhaps in an emergency, that they discover their bare-bones insurance does not cover the essential services to save their life, and find themselves in a world of debt. If it wasn’t for the ACA raising the standard of coverage, Packard said, she would likely not be alive.
Junk plans are expected to become more prolific in coming months thanks to other actions by President Trump and Republicans to sabotage the ACA. By repealing the individual mandate in the Tax Law which passed last December, failing to fund health education and outreach programs, and rolling back other insurance standards, it sets the stage for less people insured, and less adequate insurance for those who have it.
What Senator Cortez Masto most lamented was the lack of funding for these education programs. She expressed concerned that without proper health care literacy, our health outcomes in Nevada could worsen. With the ACA, much effort was put into workshops, advertising, and community engagement for underserved populations in order to get them enrolled in an affordable health insurance plan. Without these programs, there has been a significant drop-off in ACA enrollment, she said. In addition, the lack of knowledge about the nature of these “junk plans” will leave many vulnerable people at the mercy of poor insurance coverage by companies who seek profit over patient care.
Luckily, organizations like the Silver State Health Exchange are working to keep people on comprehensive plans and ensure that our communities in Nevada have a resource for health education and knowledge. At www.nevadahealthlink.com, they offer resources for the community to learn about their health care options and how to differentiate a good plan from a bad one. Their mission in the coming months is to do more education about the nature of “junk plans” and steer as many folks toward comprehensive plans as they can.
Senator Cortez Masto lauded their efforts and promised to continue being vocal against attempts by Trump and Congressional Republicans to further sabotage the ACA. On a flyer distributed by her office, she noted that she has co-sponsored the Marketplace Certainty Act and Medicare-X Choice Act aimed at bringing costs down to counterbalance these sabotage efforts.