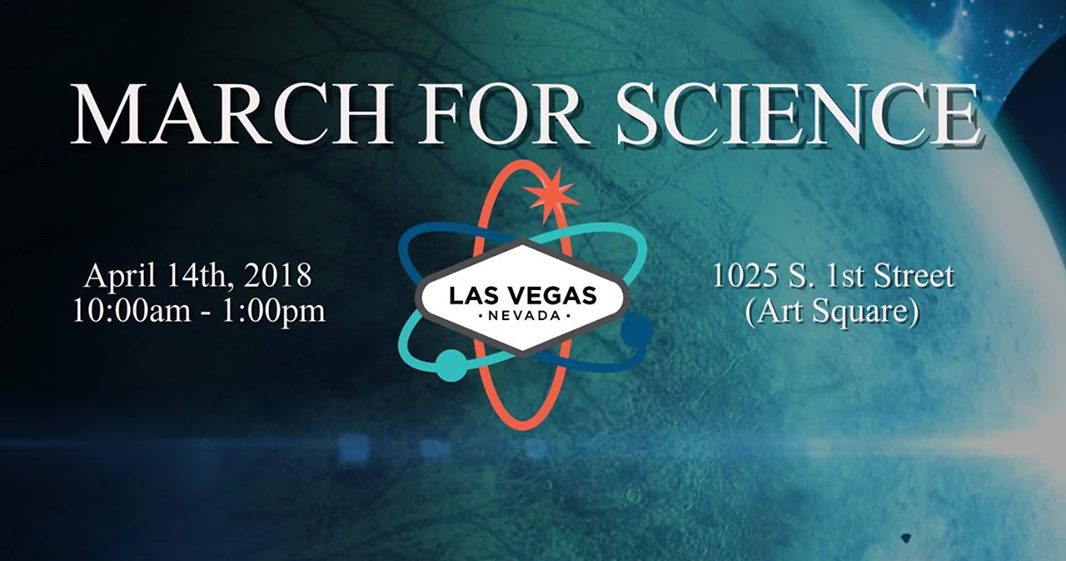 This Saturday’s march is more than just a fun way to celebrate science.

How many times per day does the average American rely on science? When you make your breakfast in the morning, we trust that what we bought at the grocery store is not infected with harmful bacteria or laced with toxic pesticides, thanks to the US Food and Drug Administration. When we commute to work in the morning, we trust that consumer protection agencies regulate that vehicles have proper safety standards. For heaven’s sake, when we breathe air we can thank science-based emissions regulations for making sure we’re not breathing in pollution. 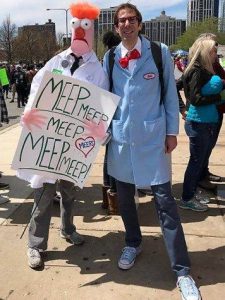 Science is essential to building and maintaining our contemporary communities, which is why 2nd annual March for Science Las Vegas wants to celebrate it.
“This is not just a rally as a call to action to our government about science- and evidence-based policy-making. We want it to be more of a fun event to get people excited [about science in their daily lives],” said Dana Hollern, organizer for the event happening Downtown on April 14. “The Las Vegas Science & Technology Festival is coming up [on April 27], so we’re kind of kicking that off.”
The March will take place this Saturday, April 14th at 10:00am, at the Arts District downtown, located at 1025 S 1st St, Las Vegas, NV 89101.
Sprung on Earth Day 2017 (during the first full year of Trump’s election), the March for Science is a national movement that is starting to become an annual tradition in Las Vegas. Many March for Science Las Vegas supporters share the same concern for government-funded science (or lack thereof) under the current administration. Notable partners include Las Vegas Science & Technology Festival, NextGen Nevada, Las Vegas Natural History Museum, Bombard Renewable Energy and National Science Teachers Association. These organizations all seek to uphold scientific integrity, a.k.a. science free from political interference. 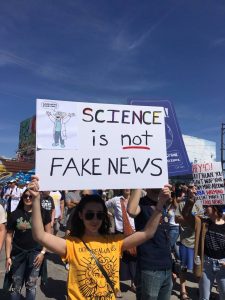 Unfortunately, political interference is exactly what is happening when the Trump administration perpetuates the claim that climate change is a hoax, and hires politicians with stakes in fossil fuel industries—i.e. Rick Perry, Scott Pruitt and William Wehrum—to head the Department of Energy, Environmental Protection Agency and the EPA’s Office of Air and Radiation.
But there are ways Nevadans can resist “alternative facts” and support science-based facts. We can sign the petition by Nevadans for a Clean Energy Future for a ballot initiative to mandate a 50 percent renewable portfolio standard by the year 2030. We can tell our Congressional members the importance of funding protection and regulation agencies as well as clean energy. And we can support public lands advocates like Friends of Nevada Wilderness and Protectors of Tule Springs, who fight to protect these recreational spaces from legislation and development that would harm their ecologies and detract from their natural beauty. And, of course, we can march for science!
The March for Science has tons of great speakers, vendors and activities lined up, including CSI: The Experience giving away tickets to their exhibit at MGM Grand, YouTube-famous Science Mom hosting a table with various activities, and music group Veserium will perform live. So get your comfy walking shoes, witty picket signs and powers of observation ready. It’s going to be a great time for a great cause! Visit marchforsciencelv.com for more details.