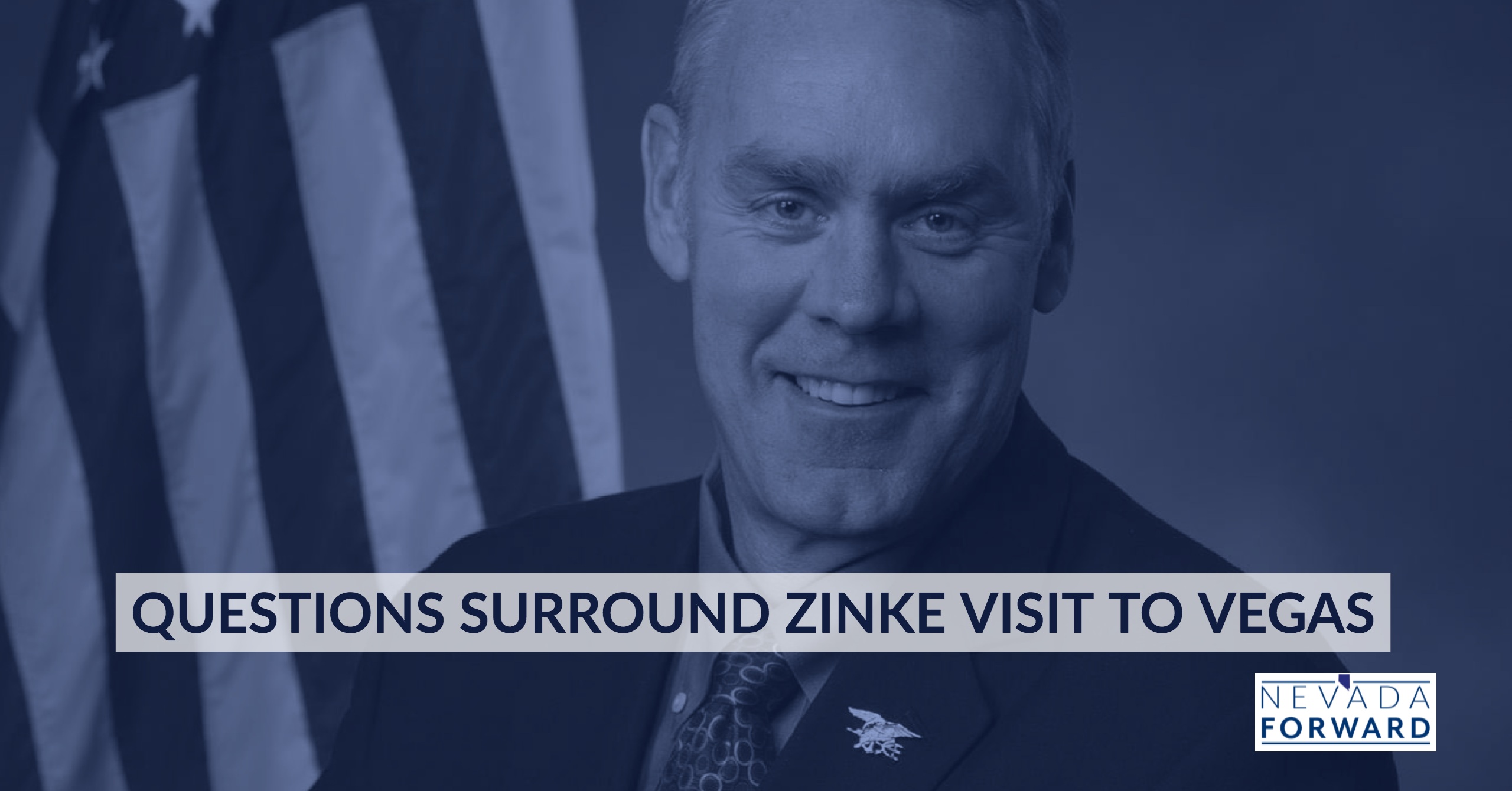 Secretary of the Interior Ryan Zinke is in Las Vegas for NSSF SHOT Show 2018, according to posts from his verified Twitter account, @SecretaryZinke.

Zinke, who recommended drastic reductions to lands in Utah, as well as Nevada’s Gold Butte National Monument, posed for photos before appearing on Dana Loesch’s radio show while attending the convention.

Loesch, who famously appeared in a 2017 NRA attack ad that railed against the “fake news” media and perceived Hollywood “elites” titled The Violence Of Lies, promoted Zinke’s appearance on her show. Zinke’s Twitter account began posting updates from the show just after 7:00AM, this morning.
https://www.youtube.com/watch?time_continue=1&v=WxV23Ilsu2U

As of this writing, Secretary Zinke and his Deputy Secretary David Bernhardt have spent longer  in Nevada attending the shooting industry’s annual trade-show than they did meeting with local stakeholders while deciding the fate of the state’s National Monuments. Deputy Secretary Bernhardt has been in Nevada since at least January 23, when he spoke about “expanding sportmen [sic] access” at the conference.

Zinke’s visit has the attention of advocates like Nevada Conservation League’s Andy Maggi, who was shocked by the junket. “. . .[i]n the shadow of the recent release of the Bundys, once again, Secretary Zinke has come to Southern Nevada and failed to schedule time with proponents and supporters of Gold Butte National Monument despite his recommendations that the administration reduce its size.” Maggi continued, “he should at least have the courage to face the overwhelming opposition to his recommendations and answer questions from the Monuments defenders.”

A History of Controversy

Zinke, who has recently come under fire for not disclosing his holdings in Montana-based PROOF Research (a weapons and materials manufacturing company), spent his morning making the media rounds with his fellow gunmakers and industry insiders. It is unclear whether Zinke attended SHOT to represent the United States, or to represent his own company.
This is not the first time Zinke has found himself at the center of controversy. In 2017 he found himself answering tough questions about his use of private planes for official travel. The trail of controversy in Zinke’s wake was not lost on Battle Born Progress’ Executive Director Annette Magnus who wondered “[d]id Zinke travel here on government time and are taxpayers paying for the Secretary of the Interior to hang out with extreme NRA conspiracy theorists? Did Zinke get here on a private plane, and who paid for that? Is Zinke at SHOT Show as Secretary of the Interior or as a shareholder of gun manufacturer?”
Battle Born Progress is the sister organization to Nevada Forward’s parent Institute for a Progressive Nevada.