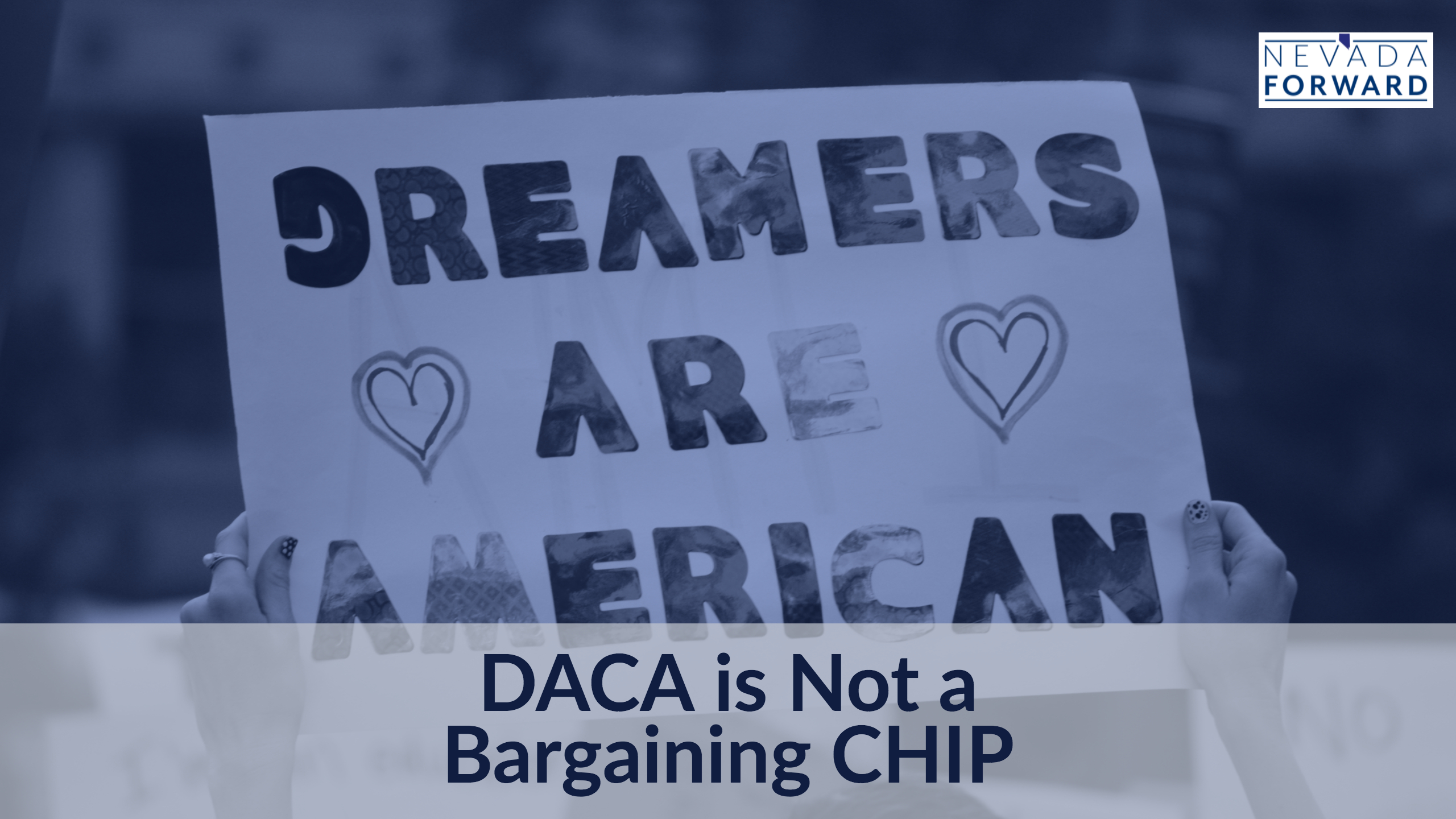 DACA is Not a Bargaining CHIP: Brinkmanship Poised to Shutdown Government

Despite early-week progress to avoid a government shutdown, it appears that President Trump’s intervention has (once-again) scuttled good-faith negotiations over DACA between Republicans and Democrats on a Continuing Resolution that would keep the nation’s government funded for the next month.

Despite having held hostage the Children’s Health Insurance Program (CHIP) since October, and with short-term funding due to be depleted as early as this Friday, congressional Republicans continue to play politics with long-term funding for the program 9 million American children depend on to provide them access to health care by attaching a 6-year funding package to the upcoming CR.

The attachment of CHIP funding is a direct attempt to soften congressional Democrats’ resolve over the fate of the 800,000 DACA recipients who have existed in limbo since President Trump rescinded the program on September 5th, 2017. Additionally, the funding comes with an attack against a favorite Trump foil–Obamacare; rolling back more provisions of the ACA.

With the House passing the resolution late Thursday night, Senate Democrats are confident that they have the votes necessary to block the bill in the upper chamber, leaving Republicans scrambling and peddling the idea of budget extensions lasting as little as a single day. An idea that has chafed several key Republican votes, including Senator Lindsey Graham who stated that the situation had needlessly “turned into an shitshow” and that Republicans in Congress don’t have a “reliable partner” in the president during negotiations.