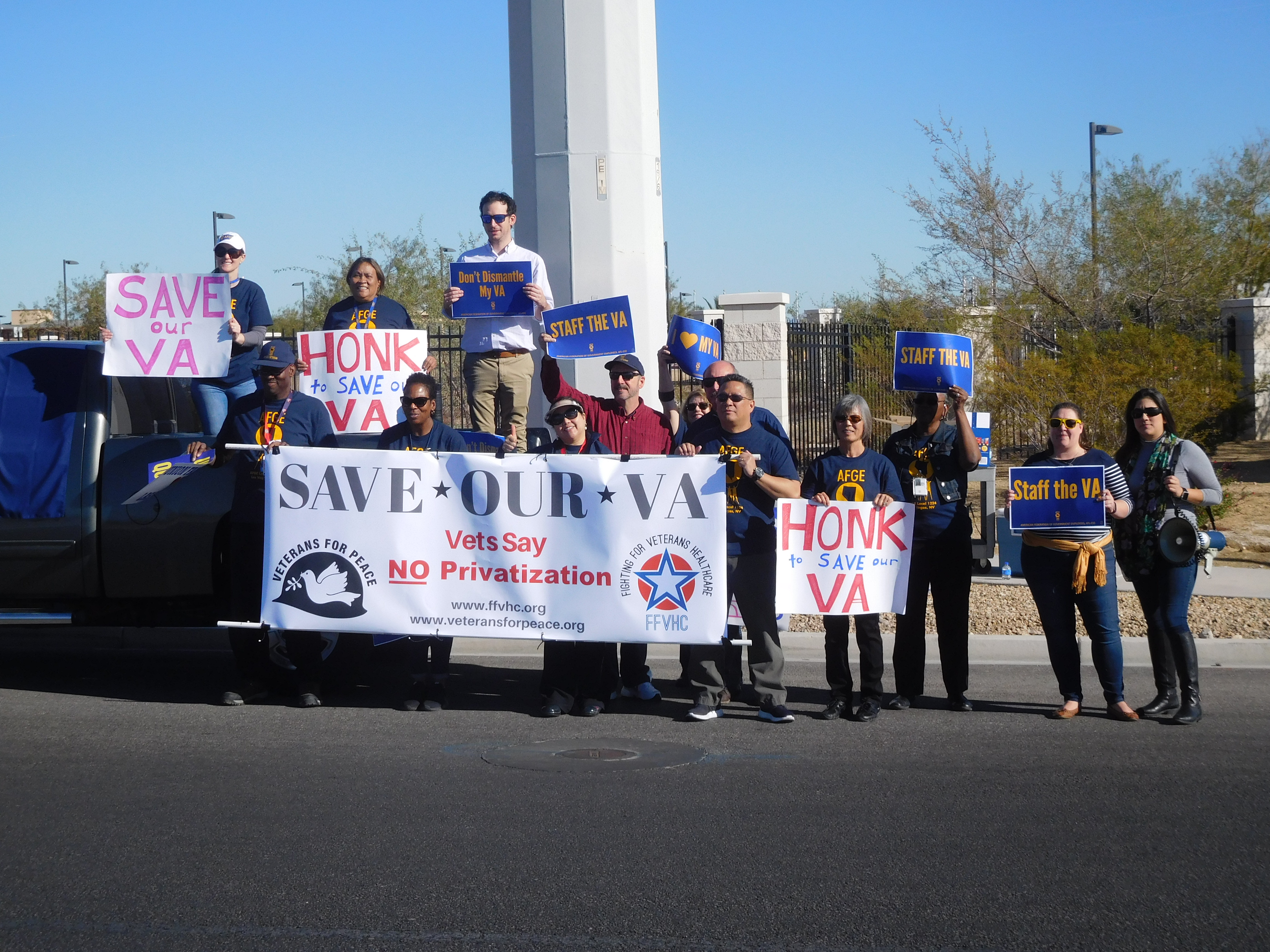 As Congress careens towards its end-of-year budget deadline, many issues remain unresolved. One of those happens to be next year’s budget, as automatic across-the-board sequester cuts are set to kick in next month if Congress doesn’t act.
This has many Americans worried across the country, including some of the workers at the Veterans’ Administration (VA) North Las Vegas Medical Center, where numerous vacancies continue to be unfilled. Why does the VA have so many vacancies, and why are veterans potentially at risk for more cuts to their health care?

How the VA falls into Congress’ budget fight

Last week, Congress gave itself a two week extension for its budget deadline. That still means they have until December 22 to reach a longer term funding bill to keep the federal government open in 2018. That also means they have until the end of the year to stop automatic budget cuts from taking effect, as they’d need to override the sequestration that was put into place by the Budget Control Act of 2011.
Though the Trump Administration has submitted a budget request that actually increases the overall VA budget, there’s a catch: The bulk of that new funding would go to expand the CHOICE Program, which was enacted in 2014 to direct veterans to private care outside the VA system. The budget request also cuts veterans’ benefits and information technology infrastructure.

“They took an oath to protect this country. We should honor their oath, and provide them with the health care they deserve.”

The VA may have as many as 49,000 vacancies systemwide, with nearly 600 vacancies in the VA Las Vegas network. For the American Federation of Government Employees’ (AFGE) George McCubbin, “It’s an injustice to our veterans. They took an oath to protect this country. We should honor their oath, and provide them with the health care they deserve.”


For McCubbin, the VA is personal. Not only is McCubbin himself a military veteran, but his brother is currently receiving care at Walter Reed Medical Center near Washington, D.C. “It’s an insult to every veteran, and it should be an insult to every citizen, that were not providing enough staff for our VA.”

“Our veterans are not fit to travel two or three hours one way to get care. They should be able to come here and get the care they need.”

President Donald Trump and Republican leaders in Congress have pointed to the CHOICE Program as a solution to lack of access to needed care in the VA system. McCubbin countered that the CHOICE Program is less efficient and more cumbersome than receiving care directly through the VA. “Our veterans are not fit to travel two or three hours one way to get care,” McCubbin said. “They should be able to come here and get the care they need.”
McCubbin continued, “The CHOICE Act is about profit, not about care. It’s about money, not about taking care of our veterans. About 35% of the workers here are veterans themselves. Who better to take care of their fellow veterans?”


Linda Ward-Smith, Acting President of AFGE Local 1224, agreed. “They don’t get better care in [private facilities].” Why not? Ward-Smith pointed to cases she’s seen where veterans opted into the CHOICE Program, sought care at a private facility, then returned to the VA. “They come back to us to receive their proper care. They’re going out to the community to get substandard care, then coming back to us to fix what went wrong.”

“Our veterans want to be taken care of here, and we want to take care of them. […] Staff the VA!”

Ward-Smith asked why the White House and Congressional Republican leaders want more money for CHOICE, but not for the actual VA system that’s equipped to care for veterans. “The CHOICE Program is just another form of privatization. If they’re going out to fund CHOICE while shortchanging us, that means VA clinics will have to close down. That is my greatest fear.”
Ward-Smith prefers that Congress fund VA health care directly rather than directing any more tax dollars into the private sector workaround that may not actually be working. “Our veterans want to be taken care of here, and we want to take care of them,” Ward-Smith said. “We are asking that Congress give us the proper funding to staff [these hospitals and clinics] appropriately. Staff the VA!”

Where do things stand now?

Though Congressional leaders originally promised the VA would be exempt from budget sequestration, veterans have nonetheless been hit by budget cuts to other government agencies. As a result, the VA has had to take on a larger caseload with less assistance from the Defense Department and civilian agencies.
For now, the federal government (including the VA) remains funded at Fiscal Year 2017 levels, thanks to the recent short-term funding bills to keep the government open through this month. Even though the VA is not directly exposed to sequestration, it would be affected by a government shutdown. And as long as Republican leaders do not commit to reauthorizing the Children’s Health Insurance Program (CHIP) and passing the DREAM Act to provide permanent protection for DACA recipients, they may not have enough Democratic votes to secure a longer-term budget deal.
Congress has until December 22 to pass a new budget bill and prevent an end-of-year shutdown.