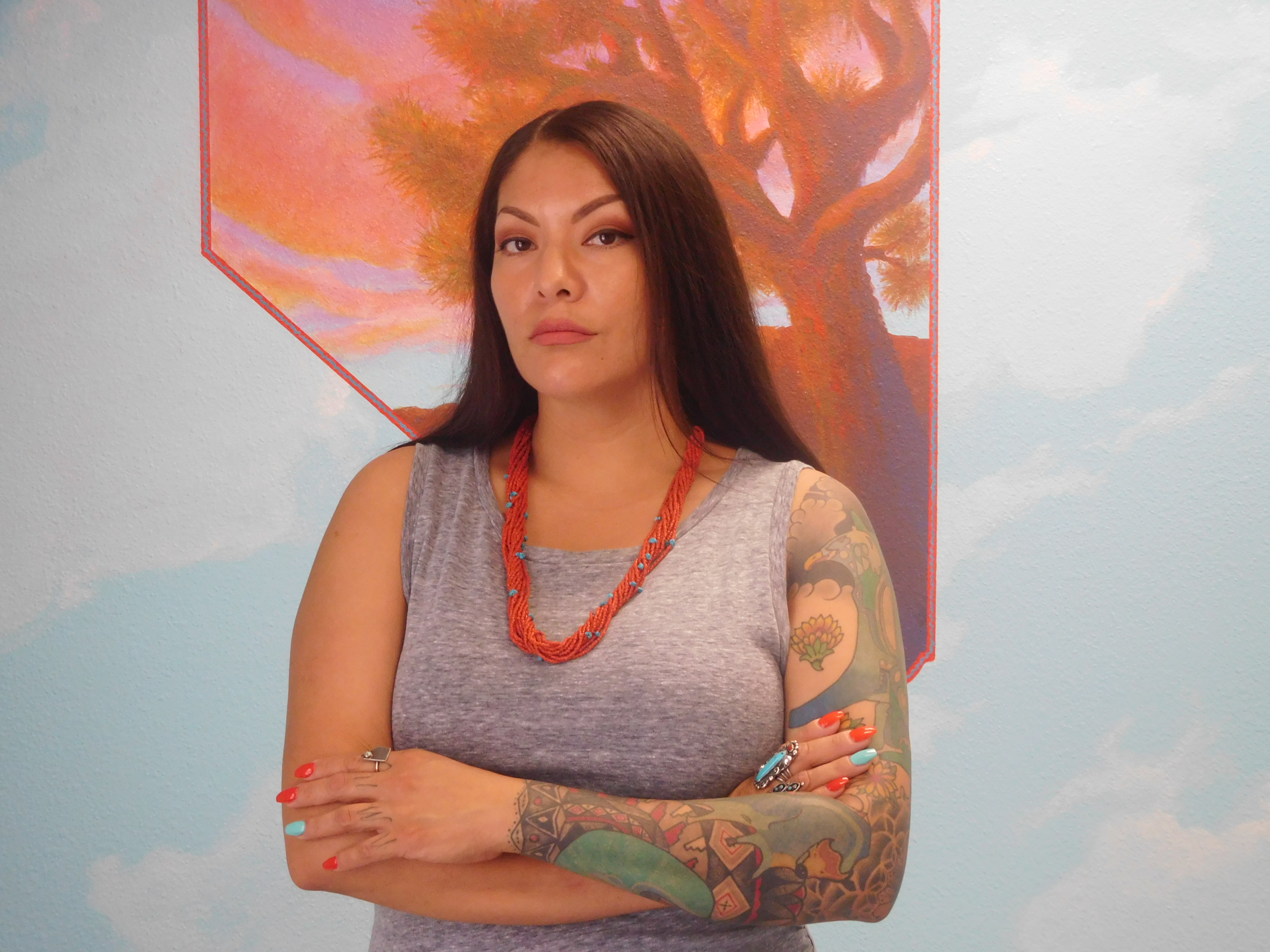 How Fawn Douglas got her start

Douglas’ aunt was active in the lawsuit over the Washington Redskins’ name. The D.C. NFL team’s use of an anti-Native American slur struck at Douglas, a member of the Las Vegas Paiute Tribe. This prompted Douglas to become more active in the tribe.
“It took a while to find my place in the tribe, how I want to reflect my people,” Douglas said. From there, Douglas continued to find her place and her voice in the Las Vegas Paiute tribal community.

The photos that changed everything

As Douglas was beginning to become more active in her community, a friend showed her some photos of Gold Butte. The friend explained Paiutes’ long history with Gold Butte, then asked, “Did you know this land is being destroyed?”
After learning about the damage being done to the area, including ancient petroglyphs and artifacts, Douglas’ response was, “What can I do to help?” From there, she began to learn more about the land… And about Paiute communities’ historic ties to what are now Gold Butte and Basin and Range National Monuments.

Fawn Douglas is now on the front line in the fight to preserve Nevada’s public lands. Douglas hosted a Native American community forum on public lands at the Las Vegas Paiute Colony last month, and she invited Interior Secretary Ryan Zinke to participate. The U.S. Department of the Interior sent no one to speak with Native American leaders and other public lands advocates present, and did not even respond to Douglas’ invitation.

When Ryan Zinke stopped in Pahrump last month, he insisted the Trump Administration has reached out to Native American communities as they’ve conducted their review of Gold Butte, Basin and Range, and 25 other monuments. Douglas debunked Zinke’s claim, stating, “That is false. I’ve had no communication.” She added that Moapa Paiute Tribal Council Chair Darren Daboda had also been left out of Zinke’s loop.

As Nevadans prepare for Zinke’s return to the state, Douglas urged her fellow public lands advocates to keep speaking out. “We have to continue to speak up and show that Nevada cares about these lands.”
The U.S. Department of the Interior closed public comment on Gold Butte, Basin and Range, and several other monuments being reviewed on July 10. Over 2.7 million comments were submitted nationwide, and 98% were in support of keeping the monuments fully intact.

BLOG: Why March for Science?