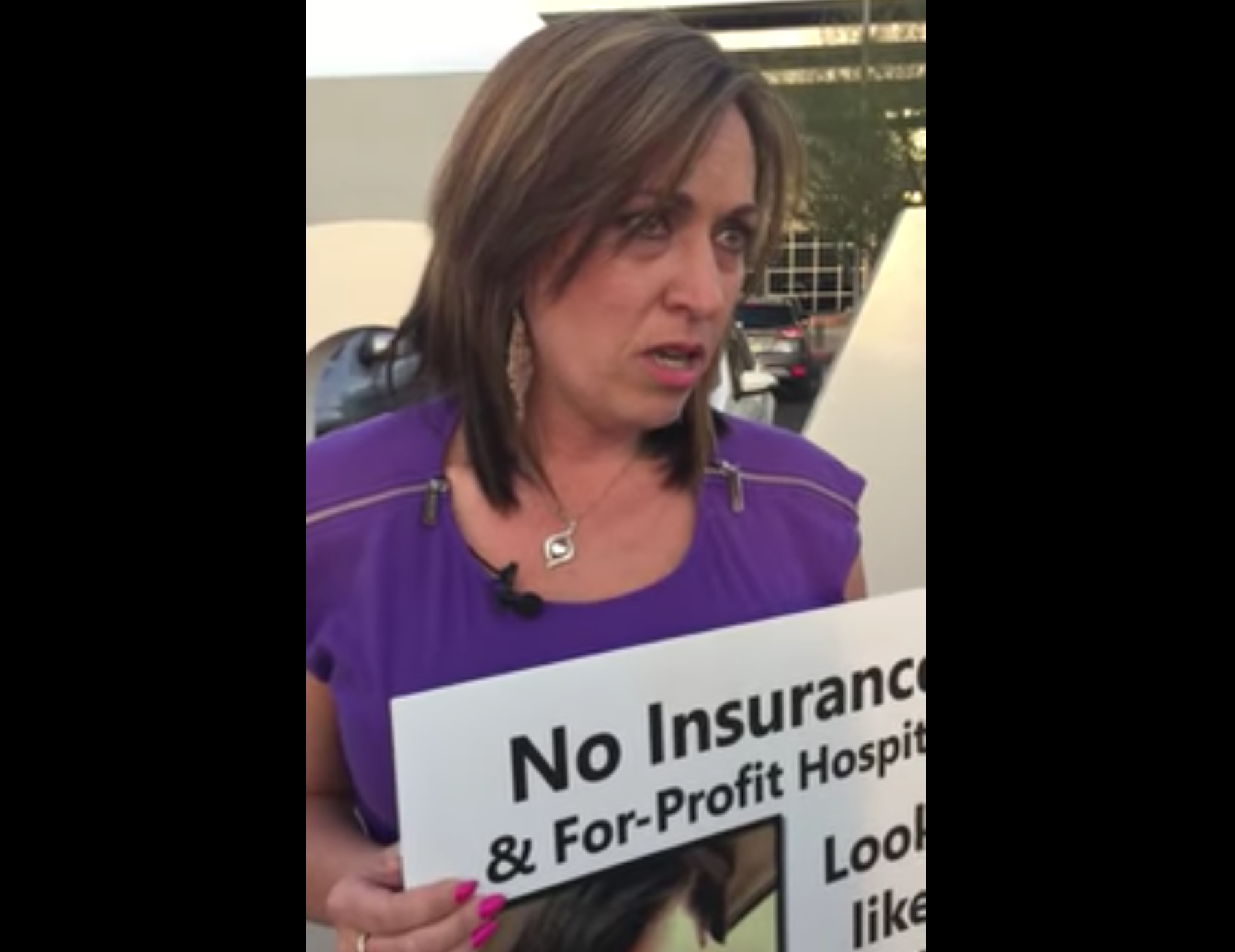 (This story originally appeared on SEIU Nevada’s blog.)
As Congress contemplates kicking millions of Americans off their health insurance, a Las Vegas woman says her 22-year-old daughter is dead after a local emergency room refused her treatment because she lacked insurance.

The lawsuit, filed by Amy Vilela against Centennial Hills Hospital, alleges that on June 3, 2015, ER staff told Vilela’s daughter, Shalynne Ramos, to come back when she had insurance. Vilela alleges the hospital failed to meet the minimum standards required under federal law.
“She’d just driven cross-country on a previously injured knee. She kept saying ‘My leg is red, Mom. It’s swollen.’ She went to the ER with this swollen leg and 8 out of 10 pain. She begged them for an MRI and something for the pain. The ER told her ‘Go see a specialist, we’re not a doctor’s office.’”
Vilela says just weeks later her daughter flew across the country, unaware of the blood clot in her lower leg.

“Shalynne had a DVT (Deep Venous Thrombosis) and they are dangerous. because if you fly with a DVT it’s life threatening.”

“When she landed she was having extreme chest pain and she was holding her chest saying ‘Daddy call 911.’  I got a call from him saying she’s in the ambulance. My daughter coded in the ambulance.
Vilela says she flew to her daughter’s side and knew shortly after arriving in Kansas City that her daughter was not going to survive.
“When they readied her for donation. I climbed on the bed and held my daughter for the last time as her body tensed up, telling her I loved her.”

“She died in my arms. …If we lived in a country where insurance didn’t matter in your treatment and care, my daughter would still be here.  We have to work against the repeal of ACA.”

“There has to be universal healthcare for everyone. No American in this great country should be dying at 22 years old because of a lack of insurance.”
The Emergency Medical Treatment and Labor Act establishes minimum standards for hospitals, including the requirement that they obtain a medical history of patients who are requesting treatment.  Vilela says Centennial Hill’s records, which identify her daughter as Hispanic, are proof of the hospital’s failure to obtain a medical history. Vilela says her daughter was Caucasian and African American.
An affidavit from a medical expert, Dr. Marc Eckstein,  says had Centennial Hills’ obtained a medical history, hospital personnel “would have considered a deep venous thrombosis (DVT) as part of their differential diagnosis, given the patient’s obesity, tobacco use, sickle cell trait, her use of the NuvaRing, and her just having completed an extremely long drive.  It is more likely than not that had the standard of care been met, Ms. Ramos would have had a duplex ultrasound performed during her ED visit on June 3, 2015, and with proper treatment, the DVT would not have progressed and resulted in a massive pulmonary embolism which ultimately resulted in her cardiac arrest and her demise.”

The attorney representing Centennial Hills Hospital, Valley Health System and parent company UHS did not respond to our request for comment.

Food Stamps are an essential safety net for working families