Nevada Forward
Home Nevada Legislature Who’s Vouching for What? How Does the ESA Voucher Program Work? 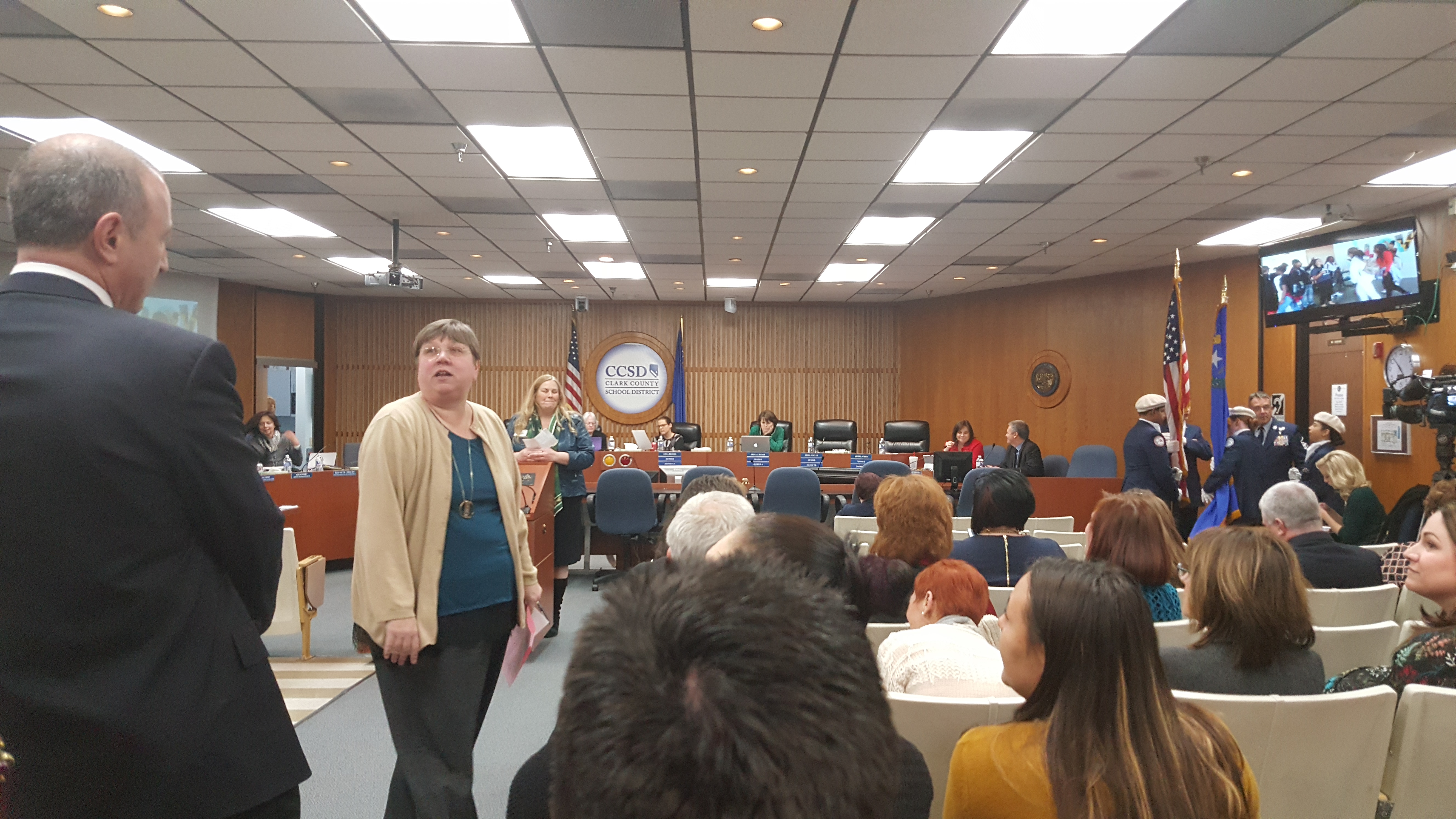 Nevada State Treasurer Dan Schwartz (R) came ready to rumble at last month’s Assembly Ways and Means Committee budget hearing for his office. So did Chris Daly from the Nevada State Education Association (NSEA). Daly produced a letter from the Henderson International School that suggest the private school was in contact with the Nevada Policy Research Institute (NPRI) and the Treasurer’s Office as they encourage people to use fraudulent information in applying for ESA vouchers.
What was that about? And where’s the truth to this explosive allegation?

Last month, Treasurer Dan Schwartz gave a fiery presentation to Assembly Ways and Means on the ESA voucher program. He faced bipartisan ire over his “rogue hires” and unauthorized use of funds provided to his office by the Legislature. Schwartz even penned an op-ed for The Nevada Independent last week defending his defiance to legislative oversight.
While Schwartz’s antics have mostly dominated headlines since that hearing, there was another memorable moment at that hearing. During public comment, NSEA’s Chris Daly presented a letter from Henderson International School (HIS) that suggests the school’s been in collusion with Schwartz’s staff and NPRI to encourage parents to falsify financial information when submitting ESA voucher applications.
I reached out to HIS for a response. Aimee Romero quickly replied. She insisted HIS did no wrong. She also stated that the letter was HIS’ idea.
“SB 302 did not include a personal income threshold, therefore it does not make sense for our families to supply this information. It was the recommendation of Henderson International School that our families choose not to volunteer personal financial data, especially by uploading private documents like W2’s, to an online system that is not yet fully operational. It is not “fraudulent” to omit personal information that is not required by the law. Our families understand that they will not qualify for the extra funding for low-income families, and they are not asking for it. Our families are only asking that the legislators do their jobs to fund the program that has been Nevada law for nearly two years. We have families who enrolled at HIS last year in anticipation of receiving ESA funding, and they now face the difficult decision of returning to already-overcrowded public schools.”
Romero disputed Daly’s characterization of the letter, but she did confirm another of Daly’s allegations.

I also reached out to NPRI for a response. Communications Director Michael Schaus said this: “The letter presented by NSEA’s Chris Daly was neither written nor endorsed by anyone at the Institute — nor does it, in any way, support the potentially slanderous allegation that the Institute is encouraging illegal behavior.”
Here’s what we know thus far: HIS sent the letter. The “Karen” identified in the letter looks to be NPRI Citizen Outreach Director Karen Gray. And HIS acknowledges NPRI and the Treasurer’s Office have worked with the school to “answer questions” about ESA vouchers.
What’s less clear is how much of this is legal. Keep in mind that SB 302 from the 2015 Legislative Session established “universal ESA” school vouchers. The vouchers are worth 100% of the statewide average for per-pupil support for poor and disabled students, and 90% of the statewide per-pupil support average for all other students. The financial information requested in the ESA form is to determine how much parents receive in ESA voucher funds.

Practicing Christians try to avoid committing “sins of omission”. This refers to someone not doing what one should do.

At the very least, the HIS letter points to the school encouraging parents to commit “sins of omission” by not being completely forthcoming about their financial status. At worst, the Treasurer’s Office has designed a program that allows HIS and NPRI to invite parents to commit fraud. North Carolina’s and Arizona’s school voucher programs have already come under fire for fraud and abuse. Will Nevada run into similar trouble should the ESA voucher program be implemented?
Educate Nevada Now Legal Director Amanda Morgan senses serious trouble in the ESA voucher program, both the substance and the way it’s being administered. “A voucher program would send public money to private schools that are not held to the same standards. Supporters of vouchers would put tens of millions of taxpayer dollars into an unregulated program. What systems has the Treasurer’s Office put in place to prevent fraud?”

“Vouchers haven’t even started yet, and we have evidence of a private school telling parents to lie on their voucher applications and offer no proof of their income.” – Amanda Morgan, Educate Nevada Now Legal Director

One of critics’ arguments against ESA vouchers is that the program essentially subsidizes private school for wealthy Nevadans. Educate Nevada Now and the Las Vegas Sun have already investigated ESA application data to discover that the majority of ESA applications have come from Nevada’s wealthiest zip codes. These zip codes also tend to be zoned for the state’s highest performing public schools.
Even if HIS, NPRI, and the Treasurer’s Office have broken no laws, the encouragement to withhold financial information amounts to misrepresentation of who benefits the most from ESA vouchers. Proponents have argued working poor parents need ESA vouchers to help their students “escape failing schools”. If this is truly the purpose of ESA vouchers, shouldn’t taxpayers have the chance to learn how public education dollars are spent?